Legionella – What is it?

Legionella belongs to a genus of gram-negative bacteria, which are the main cause of respiratory tract infections. As we are going to explain, the lung infection resulting from it can have two main disease outcomes: the Legionellosis, which is a severe disease, and the Pontiac fever, that is less dangerous.
In order to fully understand the level of harm of Legionella, it’s important to know some simple information.
Gram-negative bacteria are those bacteria which colour remains pink after undergoing the Gram staining, unlike Gram-positive bacteria, which colour is blue violet at the beginning of the Gram process. This is a helpful way to distinguish which bacteria are more or less resistant to antibiotics.
Legionella belongs to the gram-negative bacteria group, meaning that it remains rose coloured following the Gram test. This bacterium can live in both water and sludge. It can also spread through air conditioning systems through airborne.
The bacterium has the ability to cause two different diseases:

A further option is an asymptomatic disease, where antibodies are present.
The contagious disease that develops as pneumonia, also known as Legionnaire’s disease, has a mortality rate of about 15%. In the form of flu, in its Pontiac fever variant, the disease does not have a severe progression.

Legionella – Why does it develop?

The perfect environment for Legionella to develop and grow is water. The Legionella bacterium grows wherever the conditions for its survival are present, namely stagnant water or reservoirs, both natural and artificial ones. The Legionella bacterium moves from the natural to the artificial environment through water pipes. In fact, it is through the capillary water supply network of drinking water that it is able to migrate and settle inside the water systems of buildings, in the humidification and air conditioning systems, in swimming pools and decorative fountains in the cities. 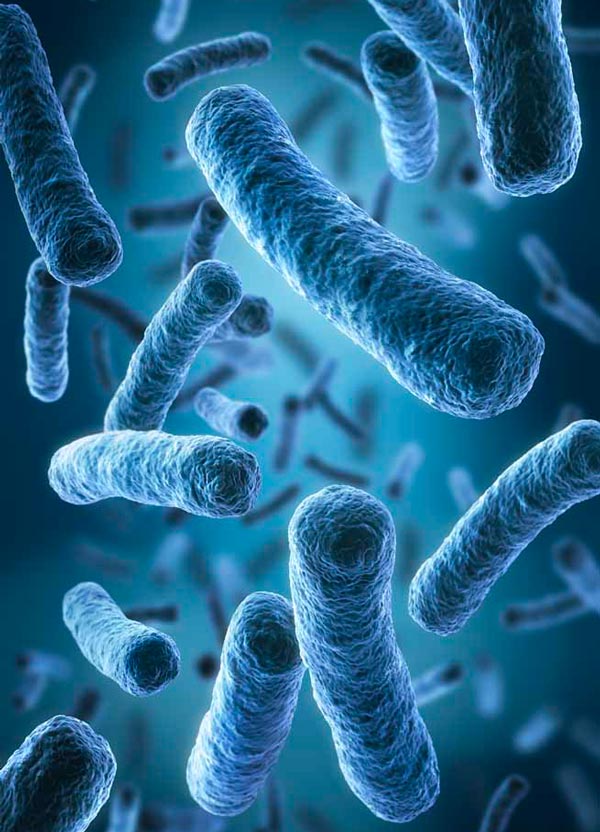 The ideal temperature condition for the development and growth of the Legionella bacterium is at an average of 35 to 37 degrees Celsius. There are two more conditions for the life of the bacterium: below 25 degrees Celsius it is considered as dormant, at about 45 degrees Celsius it stops reproducing. In addition, these bacteria are so aggressive that they can live in environments with pH values ranging from 5.5 to 8, considering that the neutral pH value is 7.

Furthermore, the Legionella bacterium grows and replicates in worn out water pipes, crust surfaces or limescale. Due to their structure, water systems can have dead spots where water is more likely to stagnate. This is the perfect environment for Legionella bacteria to grow and spread unhindered.

In fact, it is also proven that the Legionella bacterium can survive as a parasite in environments populated by protozoa such as amoebae and ciliates. This happens along walls covered with a bacterial biofilm. There, it is able to grow and protect itself from the environment. Protozoa provide them both the nutrients and protection against adverse environmental conditions, such as high temperature.

Legionella – What are the possible health risks?

What are the risks in case of Legionella infection? Usually, the symptoms of the disease called Legionnaire’s disease are fever, with or without chills, dry or big cough. A fever condition may also be combined with muscle pain, migraine, fatigue, lack of hunger and occasionally diarrhoea. Further clinical exams might detect kidney dysfunction and some evidence of lung inflammation. The incubation period of Legionellosis usually ranges from 2 to 10 days.
In order to discriminate between one of the various types of pulmonary inflammation and the Legionnaires’ disease, it is necessary to carry out specific clinical tests. In the event of the possible presence of Legionella bacteria, the easiest ways to have a clear diagnosis are:

In case of mild fever, which can appear right after the exposure to this bacterium, legionellosis could last a few days with some muscle soreness, but definitely not causing pneumonia.
It is important to minimise the growth of legionella bacteria in all of those environments that are considered at risk, like nursing home facilities, hospitals, and malls. This bacterium is able to infect anyone, regardless of age, gender or else. People who might be at greatest risk are those who are already affected by severe lung conditions.
Elders should be given special care. Smoking and chronic lung disease are also considered risk factors.

What to do in case of Legionella infection?

Being a bacterial pathology, antibiotics are required to treat legionellosis. Obviously, antibiotics must be prescribed only by a medical doctor. The second type of infection, called Pontiac, is considered a milder disease, and does not require any shock treatment. On the other hand, in event of a more aggressive form of legionellosis, which ranges from pneumonia to the rare extra-pulmonary infection, it is necessary to take more incisive action by using antibiotics, in order to avoid any adverse outcome.

Death rates related to Legionella bacterial infections are closely tied to a number of particular factors:

Depending on the factors listed above, it is possible to observe an approximate 50% death rate where patients are immunocompromised and have not received any treatment, while it drops to 15% in cases where patients have not received an appropriate treatment. Overall, Legionella-related mortality is under the 10% on average.
For these reasons, cleaning and treating pipes, especially in air conditioning systems, is more than a must.

Legionella – How to prevent it?

It is possible to protect against Legionnaires’ disease. Not only is preventing infections from the Legionella bacteria possible, but it is also necessary. There is some simple information to know and ways to proceed:

It is almost impossible to completely eradicate Legionella bacteria. They might be minimally present in the system as well, while not being harmful. The actions mentioned above can greatly contribute to decrease and avoid Legionella’s growth and potential infection.

Legionella – How to protect from it?

Legionella can be effectively prevented through prevention and control. The administrators are primarily responsible for taking all the necessary actions to prevent its spread. It is essential to establish a systemic process, which first of all indicates who is responsible for monitoring the proliferation of Legionella bacteria.
It is possible to implement a systemic process to reduce the risk of being infected by the Legionella bacterium: